Top 10 Places to Visit in Rajasthan

Rajasthan, earlier called Rajputana obtained statehood when it was merged with the Dominion of India in 30th March 1949. It covers an area of 342,239 sq kilometers and is 10.4% of India’s total area. It is located on the northern side of the country, where it comprises most of the Thar Desert. All the things that come to mind when you think of India can be found in Rajasthan -palaces, forts, desert, camels, elephants, and snake charmers. 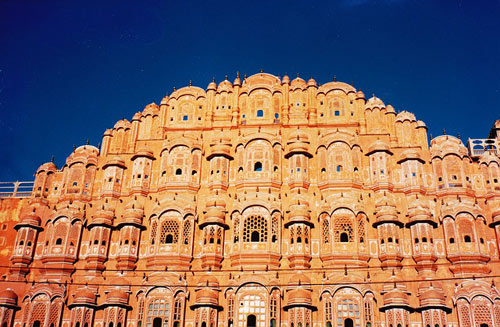 Jaipur is popularly known as "Pink City" and is the capital city of Indian state of Rajasthan. It was founded  'Maharaja Sawai Jai Singh II' in the 18th Century and city was named after him. It is one of the top places to visit in Rajasthan.

It’s the 10th most populous city in India. Jaipur is a nexus of heritage, modernity and sheer beauty. It holds cultural heritage sites like the fort of Amer and Hawa Mahal. Jaipur is a part of India’s golden triangle tourist circuit.

A visit to Jaipur will give you a feel for how the monarchy once lived in all its glory. 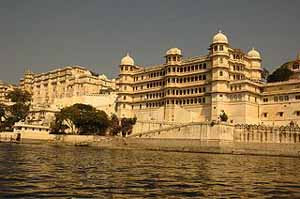 It is the historic capital of the kingdom of Mewar. Udaipur is a dazzling city full of ancient manors, intricately designed temples, and grand mansions overlooking exquisite lakes.

The City Palace, which stretches along the eastern shore of Lake Pichola, is a highlight.

Other amazing places to visit in Udaipur are The Lake Palace located near Jag Niwas Island, The Monsoon Palace which was the summer getaway for the royalty in the erstwhile era and also The Jagdish Temple.

Also known as the Golden City of Rajasthan. The city is best known for its beautiful sand dunes, its impressive fort and the exotic culture and traditions of the people.

Jaisalmer looks like the city where all of the Allahdin cartoon series was shot. It looks as if it has risen straight from the sand dunes and a must visit place in Rajasthan. A must visit places in Jaisalmer are The Jaisalmer Fort, locally called Sonar Quila, Sam sand dunes s a place where one must go to experience the vastness of the Thar Desert. Gadsisar lake and and The Desert National Park are the other major tourist spots.

Informally known as the "Blue City" for its blue painted buildings, Jodhpur is a must visit place in Rajasthan. Mehrangarh Fort stands tall over the old part of the city giving it an exquisite and royal look. It is one of the largest forts in India standing 400 ft above the ground. Every October it has the honor of providing the setting for the Rajasthan International Folk Festival.

Other places to visit are the serene lakes of Balsamand and Kailana. Both of the lakes are surrounded by beautiful lush green lands and are a must visit for bird lovers. 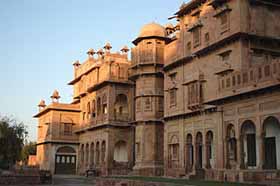 Before the 15th century, Bikaner was called Jangladesh and was all barren wildernesses and now it’s popular for its food and forts. It is the home of the Junagarh Fort, all of which has been preserved to show the grandiosity with which Maharanas lived.

The very famous Karni Mata Temple is also located in Bikaner. The various arts and crafts of this place are also unique, especially the intricately carved windowpanes called jharokhas.

If one wants to taste authentic Rajasthani Cuisine, Bikaner is the place to go and explore.

It lies in the Ajmer district of Rajasthan and is described as the most important of all the pilgrim places. Pushkar lies beside the famous Puskar lake which has been said to form out of Lord Shiva’s tears. The town is one of the oldest cities of India and the date of its origin is unknown and is often associated with the Hindu mythology.

One of the most prominent attractions in Pushkar is the annual camel festival. It’s a week long affair where exchange of livestock is done. But that’s not it, the entire week is filled with music, creative arts performances and multiple other events. 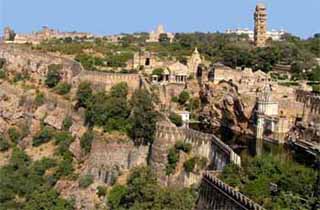 Chittorgarh also called Chittor was founded by the Mauryan Dynasty. It has had a major role in defining history, a lot of prominent historical figues like the The Great Maharana Pratap and the saint Meera Bai, both were born here.

One of the major places here is the Chittorgarh fort, which is the largest fort in India. The fort was the former capital of Mewar before its relocation to the more secure city of Udaipur. The fort was founded in the 7th century by the 1st Sisodiya Rajput Ruler Bappa Rawal and spreads over an area of 2.8 sq kilometers and its highest elevation point is 1,075 meters above sea level. The Chittorgarh fort exemplifies the best of Raiput Architecture.

If you're an art lover, or even someone who's into architecture and history, the Shekhawati region of Rajasthan is well worth including on your itinerary. It’s located in the Northern Region and is on list of tourist places to visit in Rajasthan. History has it that during the 18th and 19th century, the Marwari merchants in a quest to outdo each other in display of affluence and wealth constructed beautifully intricate and expensive havelis. Therefore, this unique region is often referred to as the world's largest open air art gallery. To see- Mandwa Fort, The Vivanaa Culture Hotel and the Dundlod Fort.

It is located in the Hadoti region of Rajasthan and isn’t a very known place in terms of the traffic of tourists it gets. It’s a place of rich heritage, ornate forts and palaces and step well reservoirs known as Baoris. The Targargh Fort or the Star fort is a marvel of architecture from Medieval India.

The reservoir was constructed with three tanks, which at no point during the year goes dry. The technique was precise and well calculated that the baori still stands and fulfills its purpose. It is also known as Lohagarh it has now been included in the National Capital Region (NCR). The city is also considered to be the Eastern Gateway to Rajasthan. Deeg Palace is one of the most important tourist attraction in which was constructed by Badan Singh, what started off as a summer resort for the royalty was also briefly the capital of the Jat kings before they shifted To Bharatpur. Deeg witnessed the legendary battle between the Jats and the Mughals and Marathas combined.

Other Places to Visit in Rajasthan

Mount Abu
It is a popular hill station in the Aravalli Range in Sirohi district of Rajasthan state. It is referred to as 'an oasis in the desert' as its heights are home to rivers, lakes, waterfalls and evergreen forests.

Kumbhalgarh
It is a city in the Rajsamand District of Rajasthan located 102 km west of Udaipur and is an interesting destination, which attracts tourists for its massive citadel built 1443 A.D. and the wildlife sanctuary nearby.

Kota
An important historic city of Rajasthan. Kota is famous for its architectural heritage comprising of beautiful palaces, temples, museums, all reflecting the splendor of the bygone era. The major tourist attractions in Kota Tour include the City Fort and Palace, Rao Madho Singh Museum, Jagmandir Palace, Haveli of Deaji and Chambal Gardens among many more. Best Time To Visit : September To March.

Ranakpur
A village located in Desuri tehsil near Sadri town in the Pali district of Rajasthan in western India. 162 km from Jodhpur and 91 km from Udaipur. Ranakpur is widely known for its marble Jain temple, said to be the most spectacular of the Jain temples.

Hanumangarh
Hanumangarh is a city in northern Rajasthan state in western India, situated on the banks of the river Ghaggar also identified as Ancient Sarasvati river, located about 400 km from Delhi. Major tourist attarctions of Hanumangarh, Rajasthan are Bhatner Fort, Temple of Mata Bhadrakali , KaliBanga and Historic Gurudwara.

Churu
It is a town in the desert region of Rajasthan state of India. It lies in the Thar Desert. It is famous for the shifting sand dunes of the Thar Desert and beautiful grand havelis with marvelous fresco paintings, namely Kanhaiya lal Bagla ki Haweli and Surana Haweli, with hundreds of small windows.

Rajsamand
Sixty-five kms from Udaipur, it is arguably the most beautiful lake in Rajasthan. Major Tourist Attraction -Rajsamand Lake. Best Time To Visit -October to March.

Jhunjhunu
A town in the state of Rajasthan located a 180 km away from Jaipur, 220 km from Bikaner and 240 km from Delhi. The town is famous for the frescos on its grand Havelis; a special artistic feature of this region.

Bhilwara
The beautiful city in the state of Rajasthan, is famous for its culture, clothing, tranquility and prehistoric architectural wonders.
Dausa
It is 55 km from Jaipur, 100 km from Hindaun City, 240 km from Delhi and situated at NH-11. It is also known as "Dev Nagari". Major attractions-Abhaneri and Mehandipur Balaji Temple .

Jalore
It is 240-km From Jodhpur, Rajasthan. Places to visit in the city are Jalore Fort, Kirti Stambh and Nadishwar Deep Tirth, Jalore Wildlife Sanctuary and Fort Gateway.
Mandawa
The beautiful small town, known for its forts and havelis. Best time to visit -October to March.

Osian
An ancient town located in the Jodhpur District of Rajasthan state in western India and is famous for its Hindu and Jain temples.

Banswara
The native place of the Bhil tribe, Banswara is also called as "City of Hundred Islands". It is about 160 km away from the lake city of Udaipur.

Dungarpur
An historic city that is located in the Dungarpur district in the state of Rajasthan. The major places worth visiting in Dungarpur are Baneshwar Fair, Dungarpur Museum, Gaib Sagar Lake, Juna Mahal, Udai Bilas Palace and Urs- Galiyakot. Best time to visit-October to February

Ghanerao
A small village located in the district of Pali, Rajasthan, is famous for its heritage, landscape and wildlife. Best time to visit-October to March.