All About Goa Information

All About Goa
Below is the information on Goa. Learn all about Goa info, for vacation in Goa

About Goa
Goa is India smallest state by area and the fourth smallest by population. Panaji is the state's capital, while Vasco da Gama is the largest city. 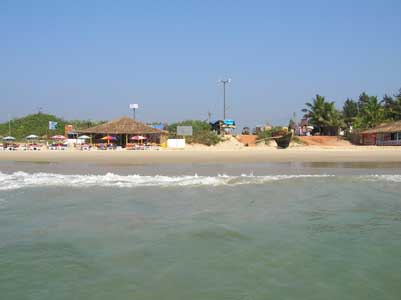 South Goa includes Vasco da Gama, Bogmalo, Margao, Colva and Benolem. The beaches such as Dona Paula, Calangute, Anjuna, Colva, Miramar, and Vagator can be compared with the best beaches around the world.

Goa is popular for its beaches, places of worship and world heritage architecture, Goa is visited by large numbers of international and domestic tourists each year.

Getting Around in Goa
Depending on your budget, you can choose to explore Goa in various ways. Hire a cab to take you around the city. Motorcycles can be hired to explore the city or you can choose to ride along as a pillion on a motorcycle taxi. Buses also connect various cities within Goa. Autorickshaws are another option to travel within the city.

Best Time to Visit Goa
Tourist season is from October to December and from May to June.

Quick Overview & Facts About Goa
*About Goa location: Goa is located on the western coast of the Indian peninsula. It is separated from Maharashtra in the north, Karnataka in the

south, the Western Ghats in the east, and the Arabian Sea in the west by the Terekhol River.
*Capital of Goa: Panaji or Panjim is the capital of Goa.

*About Largest city in Goa: Vasco da Gama
*Liberation Day of Goa: December 17.
*Statehood Day of Goa: May 30.
*Languages of Goa: Along with English which is widely spoken all over Goa, Konkani and Marathi are the state languages. The national language Hindi is also well understood in most areas around the state.
*Area of Goa: 3,702 square kms.
*Official Language of Goa: Konkani.
*Telephone Code of Goa: The national code is 0832; when dialing internationally it is done as +91 832
*How to reach Goa: Flights, Roadways, Railways

*Near Getaways of Goa Information: The two major gateway cities to Goa are Mumbai, Maharashtra and Chennai, Tamil Nadu

Goa is known for its virgin beaches, Gothic churches, whitewashed chapels, crumbling forts.Palm-fringed beaches, coconut groves, ferry rides, and bubbly folk music are some of the things that make Goa the paradise for tourists.